The Anime convention that took place last November and was tied to the second confirmed case of the COVID-19 variant was tied to a 22 case cluster of the variant, an investigation by the Centers for Disease Control and Prevention () finds.

In early December, the first cases of the Omicron variant were detected in the U.S.weeks after the highly infectious, vaccine resistant, strain was first found by South African health officials.

A Minneapolis man, who was first unnamed but later revealed himself to the media as Peter McGinn, 30, tested positive for the virus after attending the 53,000-person convention in lower Manhattan last year.After genetic sequencing, it was discovered that he had been infected with the Omicron variant.

The CDC investigated this case, and found a cluster of 16 infection among close contacts to the man. There were also six household contacts of those 16 that were found to have been infected as well. 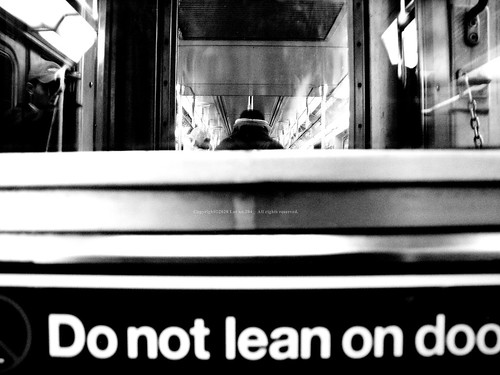 Researchers did not find significant Covid transmission outside related to Anime NYC outside of this cluster.

The CDC found that at least 22 Covid cases, including six people that were not at the event, were tied to an anime g shock convention in New York City.All of the infected were fully vaccinated, but none had a severe case

Anime NYC was a 53,000-person strong event in Manhattan last November.Attendees had to have received at least one shot of a COVID-19 vaccine to attend

McGinn arrived in New York City on November 18 and lodged with three others during a five day trip. He was fully vaccinated and had received a booster shot two weeks before travel.

He reported to the CDC that he took part in unmasked visits to restaurants, bars and clubs along with a group of 29 attendees that socialized with each other during the trip.

Upon return to Minneapolis on November 22, he started feeling symptoms.On the same day, another member of the social group informed him that they had tested positive for Covid.

Peter McGinn, 30, has spoken about how surprised he was after he became one of the first people in the country to contract the Omicron variant despite being fully vaccinated and receiving the booster shot

A day later, he took a PCR test that came back positive.Other members of the group were informed they had been exposed to the virus and at least 23 were tested and then cooperated with the CDC’s investigation.

‘When I first heard it, I thought it was a supervillain,’ McGinn told the Star Tribune last year.

‘It seems like a villain name to me and so I guess that kind of matches this since it’s a virus.’

Every single member of the 23 contacts was fully vaccinated, and 12 had also received a Covid booster shot.

To attend the event, Anime NYC required people to show proof of at least one COVID-19 vaccine shot.

Of that group, 16 tested positive for Covid, including six who were boosted and ten that were not.Of the seven that tested negative, five had received a booster shot.

Investigators then went a step further to find whether members of the social group infected their household contacts.

Because people had traveled to the convention from all around America, and this specific group was made up from people all around the country, there was a severe risk that this single event could spark a nationwide outbreak.

In total, there were 18 close contacts who tested for Covid during that time frame, and six tested positive.Only on person among the group was not vaccinated, and they tested negative.

Not a single hospitalization or death from Covid was tied to this cluster of cases, investigators found.

‘A lot of it was just like, “See, vaccines don’t work.” But in my opinion, they absolutely work because they reduce the amount of people who are in the hospital,’ McGinn told the Tribune.

‘You might still get COVID, but it reduces the symptoms based off my experience.’

They also found some transmission of Omicron and the Delta variant – which was still dominant at the time – but nothing to the severity if this single cluster.

‘Data from this investigation reinforce the importance of COVID-19 booster doses and early notification in combination with other multicomponent prevention measures to limit transmission and prevent severe illness from Omicron and other SARS-CoV-2 variants,’ CDC researchers wrote.